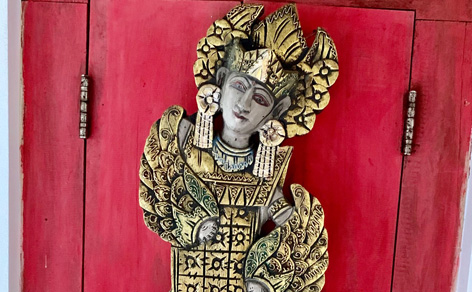 One day in a time before time itself, Lord of the Yogis: Shiva was sitting on the riverbanks with his wife, Parvati. Shiva was giving the methods of Hatha Yoga, of which he has just discovered, to Parvati.
Parvati, however, was disinterested in receiving a lecture in the methods of yoga. It was Parvati, after all, who designed the entire system of yoga in the first place.
Still, Shiva continued to lecture. Parvati, sitting near the riverbanks began to wave her hands through the water, creating ripples and thus drawing the attention of one curious fish named MATSYA.
Matsya, the fish, requested that Shiva begin from the beginning, Shiva, who treated all creatures with respect did not deny MATSYA. All that was required to learn yoga was sincere destine to learnt he Truth regardless of species, gender, age or religion. Thus Shiva began again whilst MATSYA listened with rapt attention to all of Shiva’s teachings.
When MATSYA had completed earnest learning of all the teachings of yoga, Shiva annointed
MATSYA as Matsyendranath or Lord of the Fishes.
Shiva instructed Matsyendranath to go out and give the teachings of yoga to others.
Therefore, Matsyendranath was the first student to go and give the teachings to others. Teacher to student. This is how yoga is transmitted; teacher to student. Oftentimes, it takes continued learning and multiple teachers to embody the teachings.
All teachers who learn yoga directly from teacher to student are descendants of MATSYA and this unbroken chain.